A scalable quantum network simulator based on cost vector analysis implemented in Julia.

QuNet is a highly-scalable, multi-user quantum network simulator and benchmarking tool implemented in Julia. It relies on efficient algorithms for performing multi-user routing and congestion avoidance using quantum memories. QuNet focusses on the specific task of distributing entangled Bell pairs between users (\(A\) and \(B\)),

These can subsequently be employed in state teleportation protocols to transmit arbitrary quantum states, or be applied to quantum key distribution, distributed quantum computing, or other entanglement-based quantum protocols.

QuNet uses a cost vector methodology. Rather than track quantum states themselves, we track their associated costs as they traverse the network. Costs are arbitrary properties that accumulate additively as qubits traverse networks. We can express physical degradation such as loss, dephasing or depolarising processes in this form, and also non-physical costs such as monetary ones. Tracking the accumulation of costs acting on Bell pairs is equivalent to directly tracking the states themselves.

Quantum channels can be represented in the quantum process formalism using the Kraus (or operator-sum) representation. In many useful instances these can be converted to additive metrics amenable to our cost vector formalism.

where \(p\) is the probability of a qubit not being lost, otherwise replaced with the vacuum state \(|vac\rangle\). If multiple such channels are applied in series the \(p\)’s multiply,

However by converting to logarithmic form we can make this additive,

Now \(m_i=-\log(p_i)\) can be used as an additive edge weight. This is a common approach amongst experimentalists, who typically consider loss over fibre in terms of decibels per unit distance (dB/m).

We can apply a similar approach to depolarising channels whose quantum process is given by,

and \(m=-\log(p)\) acts additively. With some algebraic manipulation we can apply this to dephasing channels,

where \(-\log(2p-1)\) acts as our additive dephasing metric. Note this representation of the dephasing channel has been algebraically manipulated into an unaffected term (\(\rho\)), and a completely dephased term (\(\rho+Z\rho Z\)) which is the steady-state of the channel. This approach could also be applied to bit-flip (\(X\)) channels, bit-phase-flip (\(Y\)) channels, or amplitude damping channels. 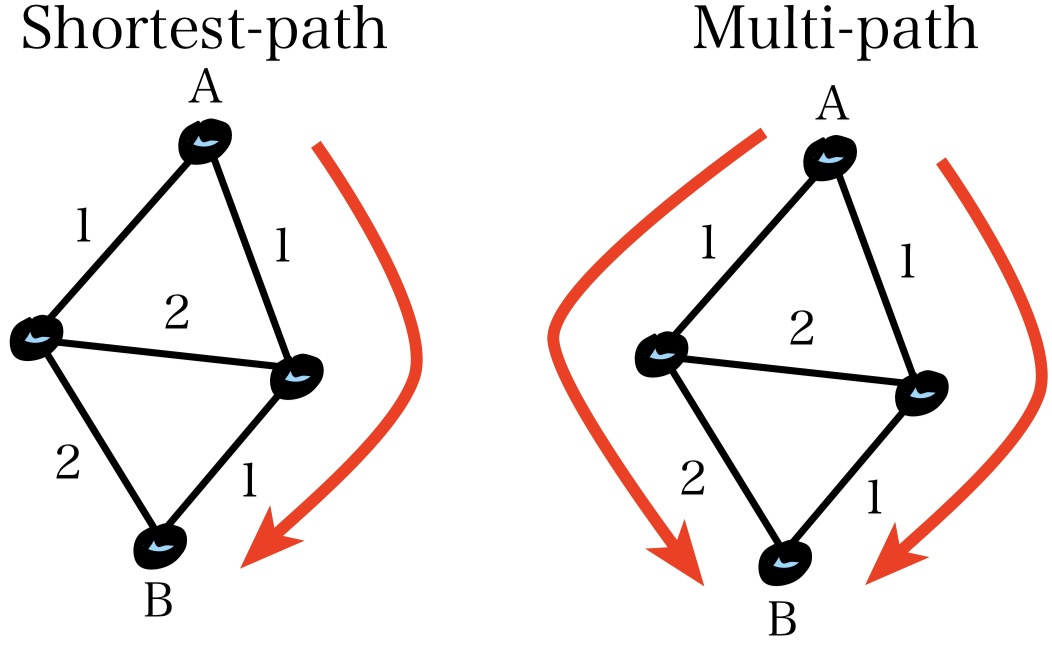 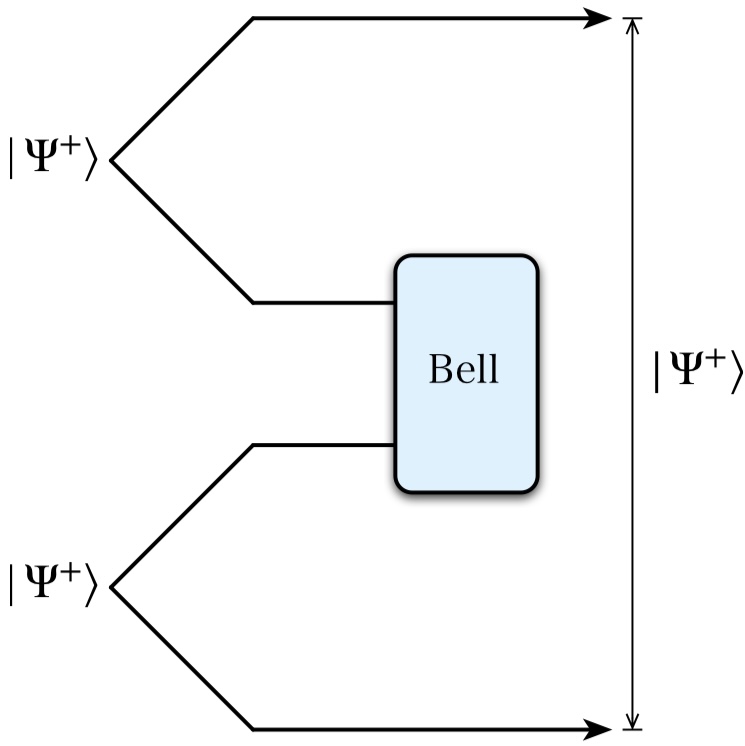 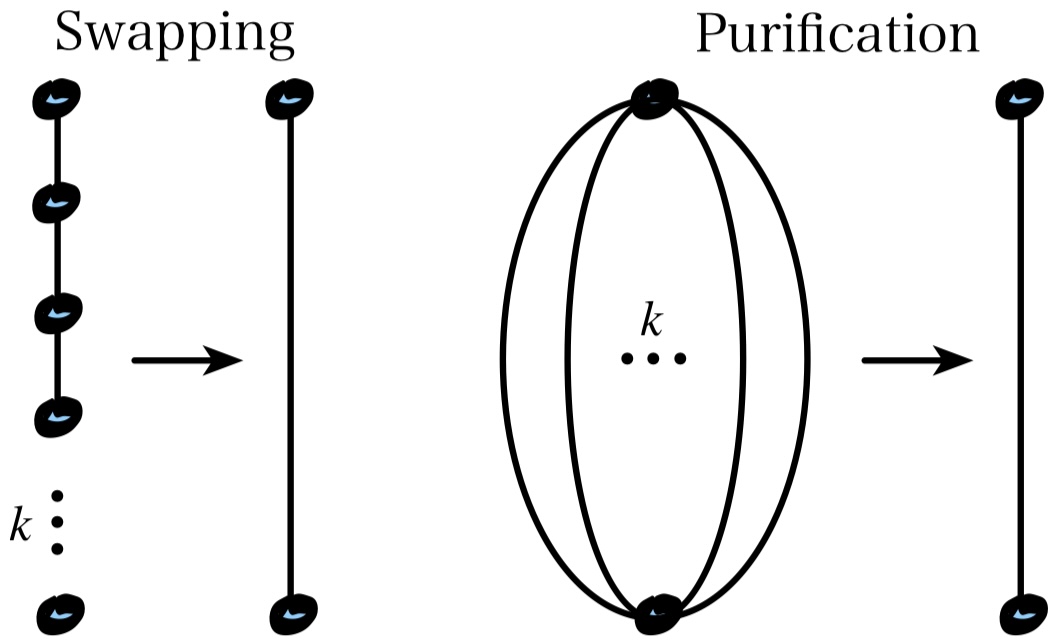 Quantum repeaters, comprising classically-controlled (and sometimes randomised) sequences of swapping and purification operations, can be reduced to a single virtual link capturing their average cost vector, thereby bypassing the need for directly accommodating non-deterministic or classically-controlled operations, maintaining compatability with the QuNet framework. Similarly, SneakerNet channels, whereby a large number of error-corrected qubits are physically transported can be reduced to an equivalent cost vector too.

For large networks it may not always be necessary to understand the full dynamics across all nodes and channels. Instead we might focus higher-level abstractions of the network, which consider the dynamics between designated subnetworks or regions, reducing computational load.

QuNet can accommodate both static and dynamic nodes and channels. Here Alice & Bob have the option of communicating via: 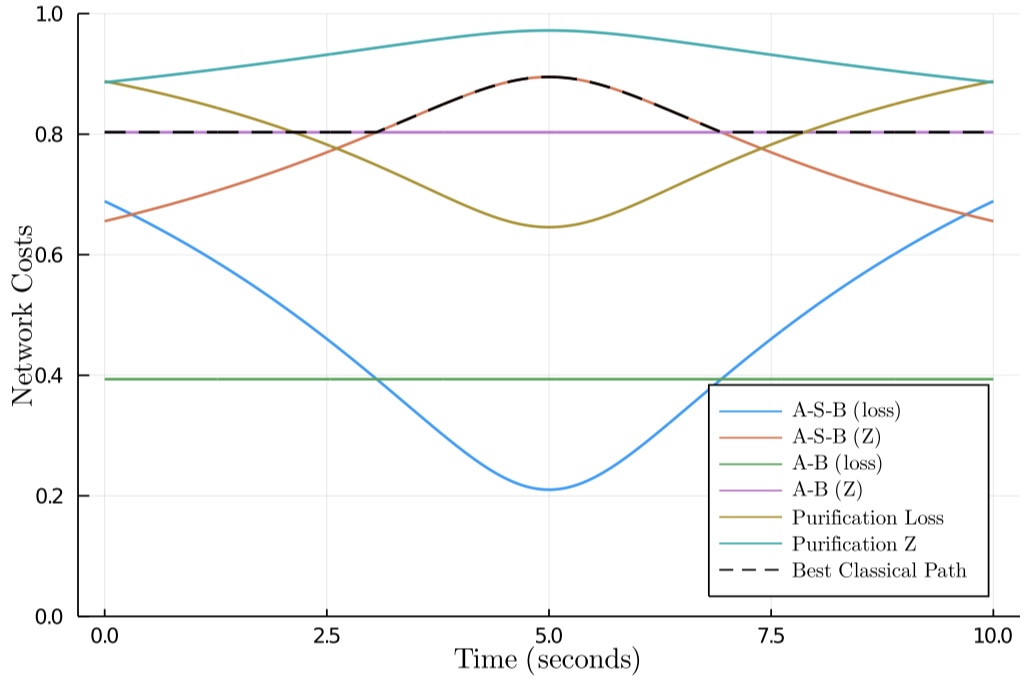 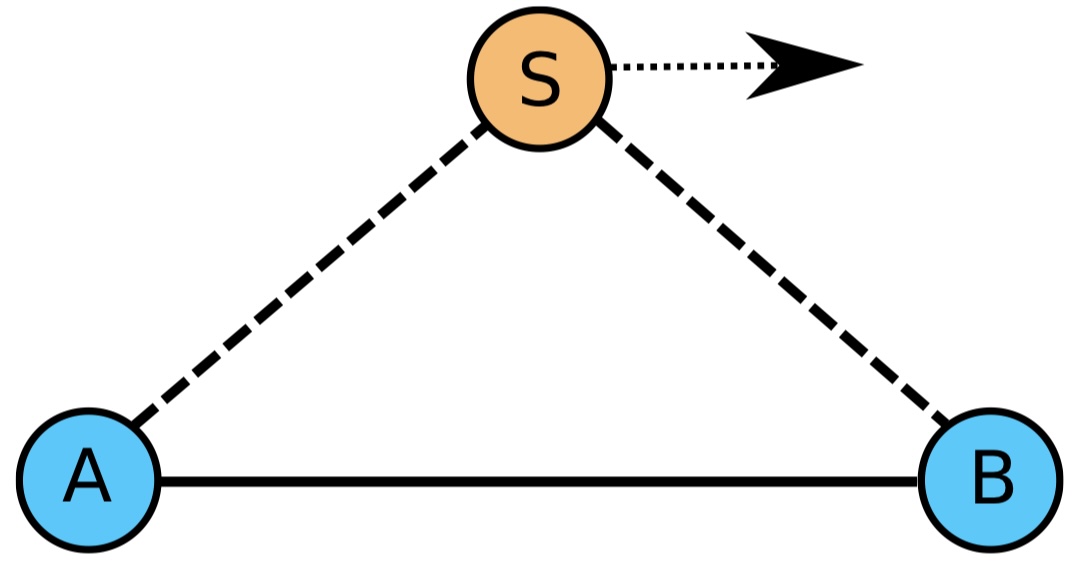 This is the QuNet code in Julia that creates that network. Julia modules can be called from Python or run in Jupyter notebooks too. You can learn more about the Julia language at www.julialang.org.

We accommodate for quantum memories by treating them as temporal channels between the respective nodes of identical copies of the underlying graph, where each layer represents the network at a particular point in time. This is far more efficient than naïve combinatoric congestion mitigation techniques, relying on the same underlying routing algorithms applied to a graph with a simple linear overhead in size. 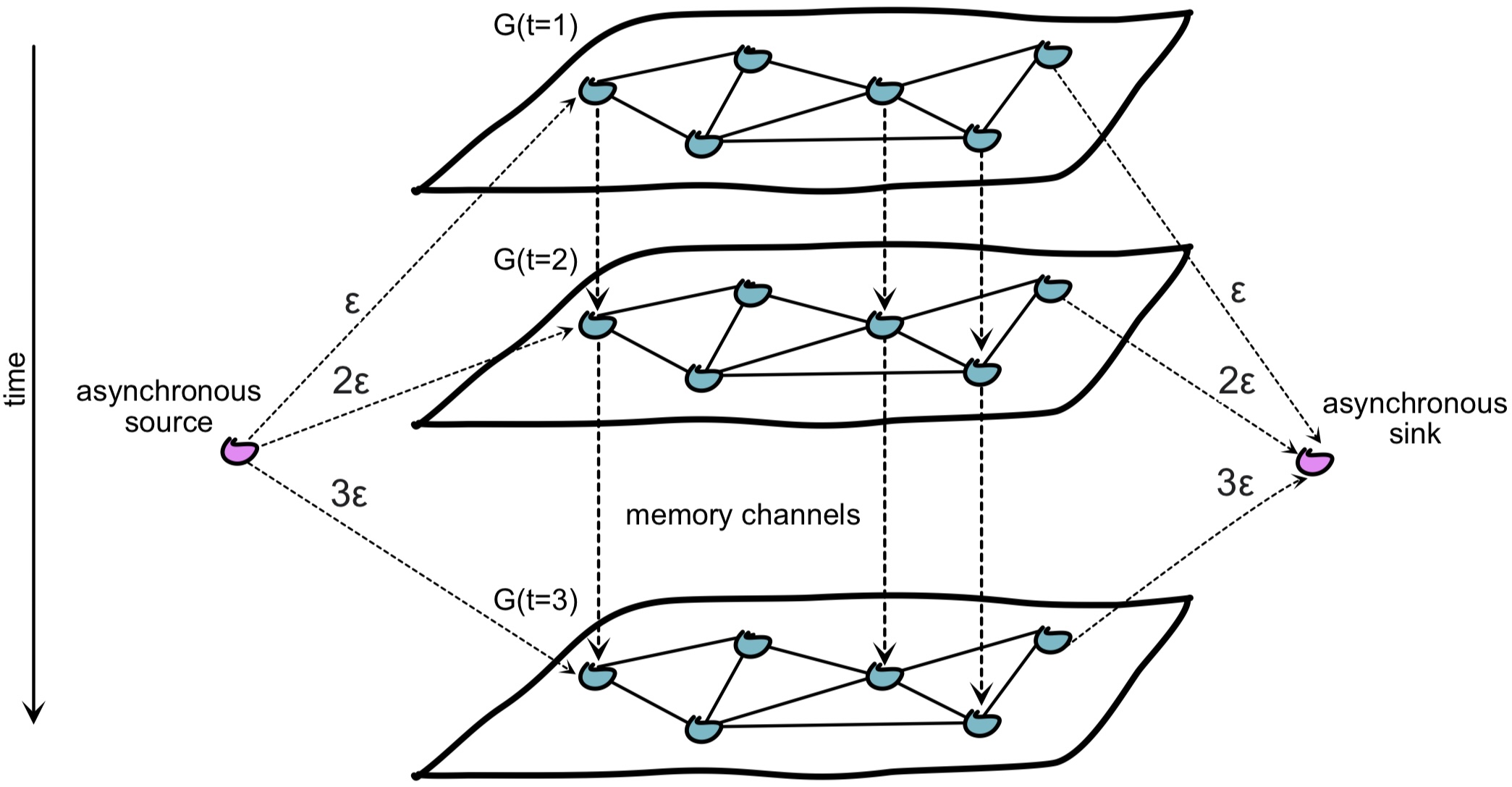 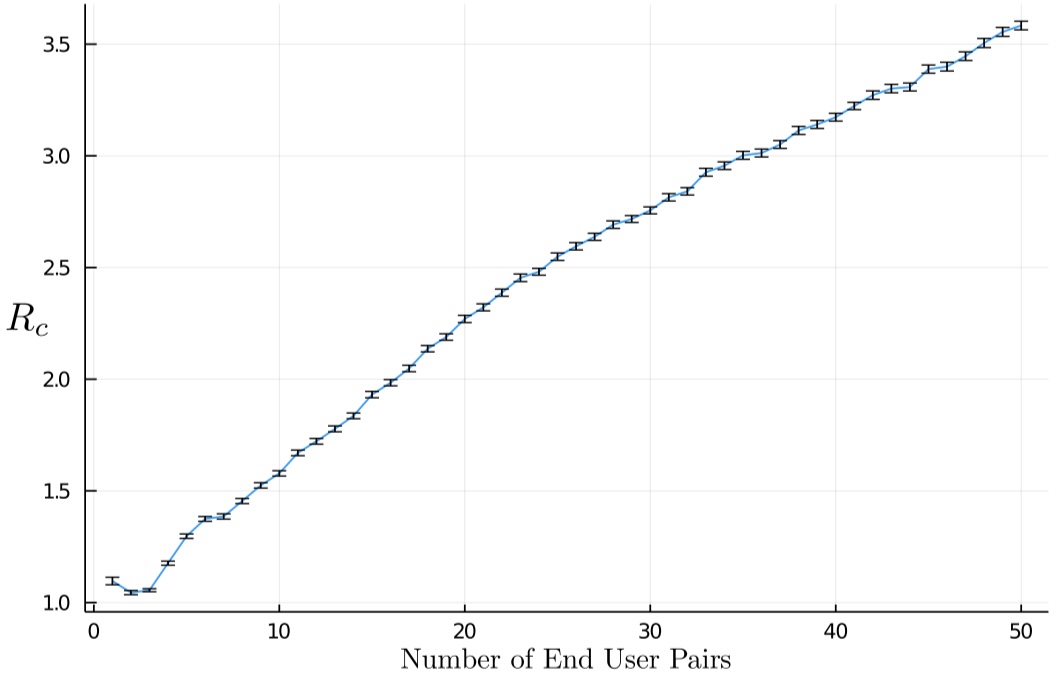 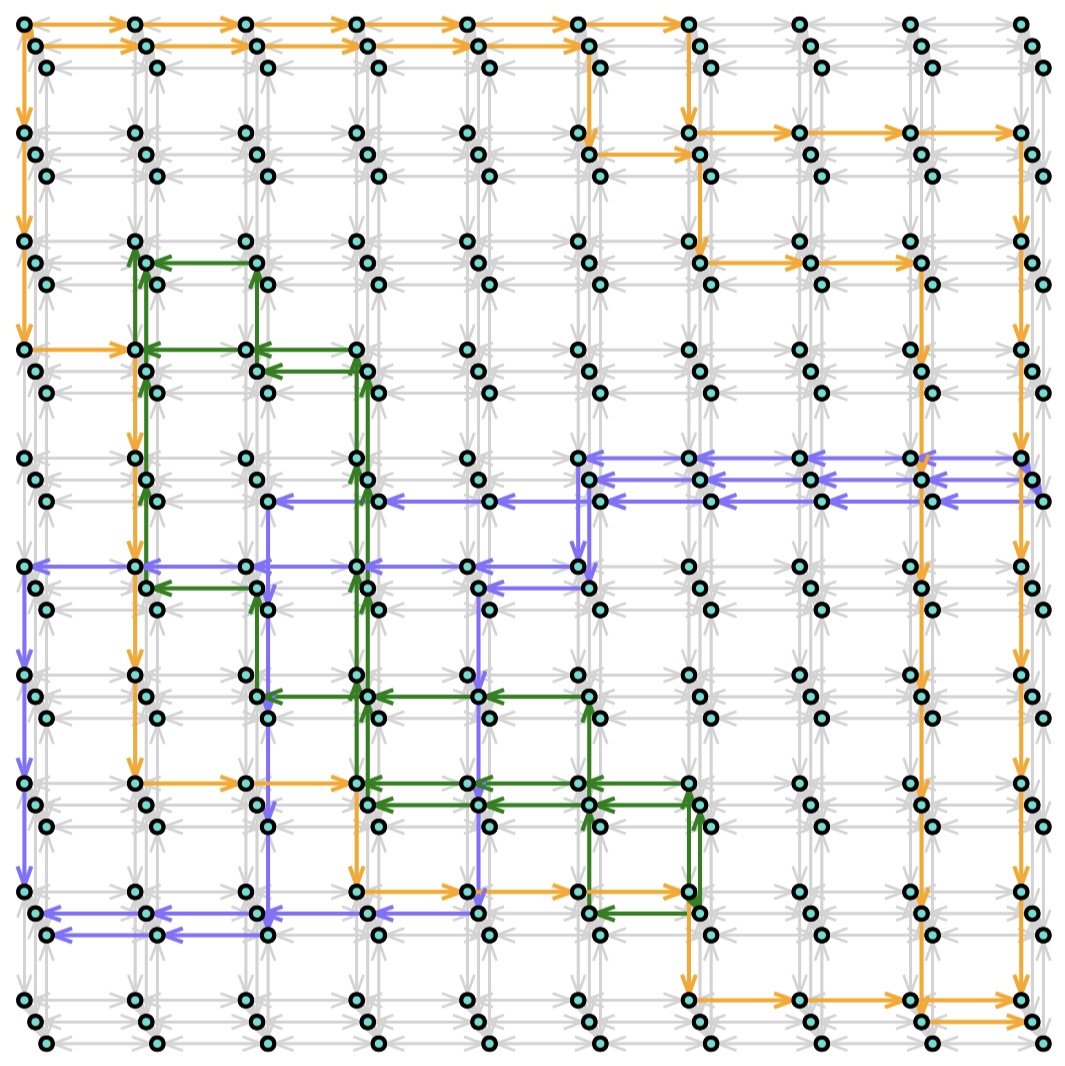 for \(M\) user-pairs on a \(V\)-vertex graph, and is therefore highly scalable and efficient in both users and network size. 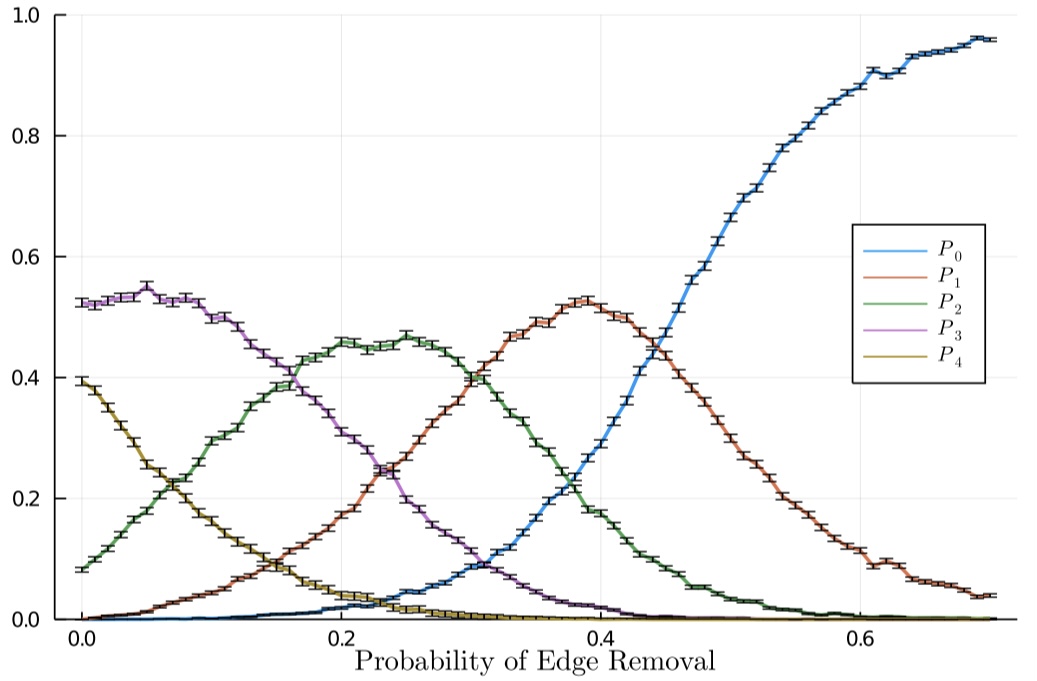 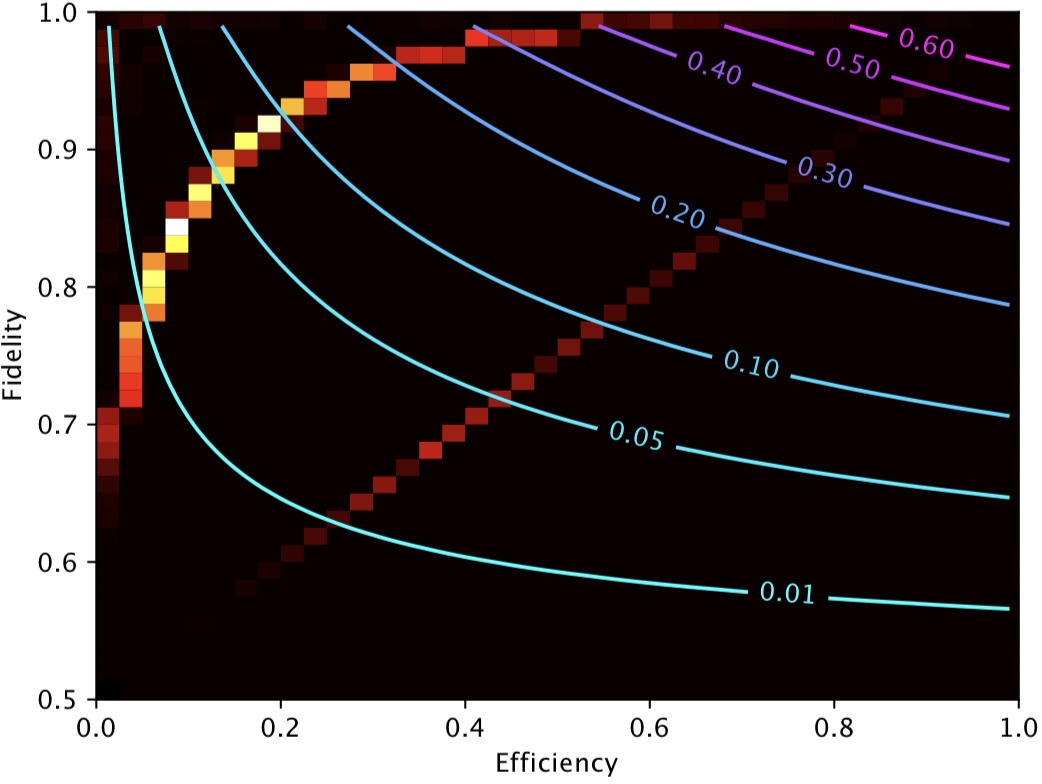 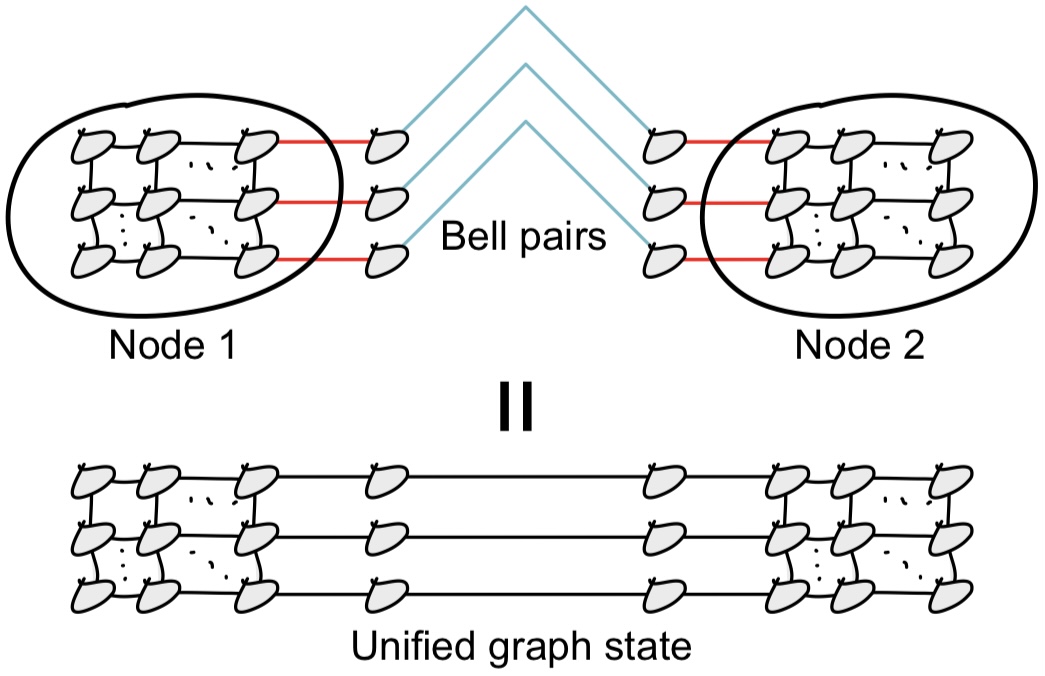 Consider a distributed computer with N nodes, each with n bits/qubits, and a scaling function that indicates classical-equivalent compute power (classically this is linear, for quantum computers super-linear). The computational gain achieved by unifying remote devices is,

Through unification of remote computational assets:

In a future world where scalable quantum computers are available and ubiquitous it is clear that networking them together has the potential to provide exponentially more computational power than the sum of the parts. The big question is whether the cost of constructing the global quantum communications infrastructure necessary to facilitate this is justified by the economic return associated with this computational enhancement.

Our vision for the quantum internet is presented in the upcoming book “The Quantum Internet” published by Cambridge University Press.